Our philosophy is “Trade instead of aid – fair trade on eyelevel”. For us fairness means integrating marginalized groups into economic processes and enabling them to participate in global markets on equal footing. 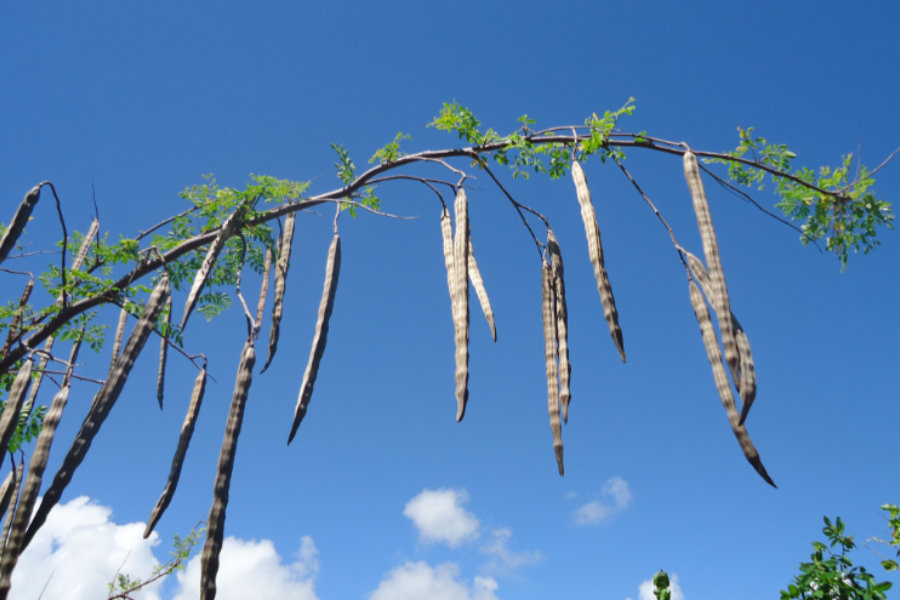 Since 2013 the africrops! GmbH from Berlin promotes various African plant products through its own brand The Essence of Africa, as well as in bulk quantities to commercial clients. With the trade of these products we are pursuing the goal of promoting a sustainable development on the African continent. The interplay of developmental and commercial goals is decisive for us in this.

In our understanding sustainability is based on 3 pillars:

The future is our business.

africrops! producers are all consulted, audited and trained personally by us. Through this close cooperation we have been able to develop reliable long-term business relations.

Through our consulting and training that we offer our partners productivity and quality is raised and secured.

In our work we always consider the individual circumstances, requirements and possibilities of our partners. 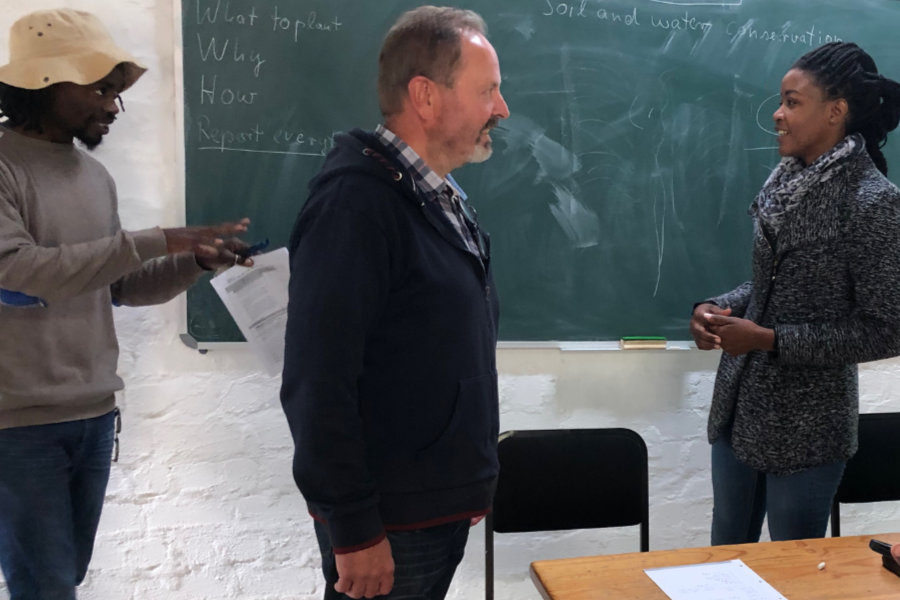 A special accomplishment of our work is the setup of Africa’s first vocational training farm for organic farming in Vasdraai, Namibia. This training farm is the first of its kind in Sub-Saharan Africa and has already been recognized by the Namibian state as an official education institution.

Here young individuals from marginalized groups are trained. With the organic farming experts coming out of this training farm the expertise is available to produce the high quality products that we market, at the same time we introduce young people to the opportunities available in the agricultural sector and promote the development of the local markets.

We call this approach “dual – but not German”. Trainees are integrated into ongoing production processes under supervision. africrops! brings the market so that incomes can already be realized. 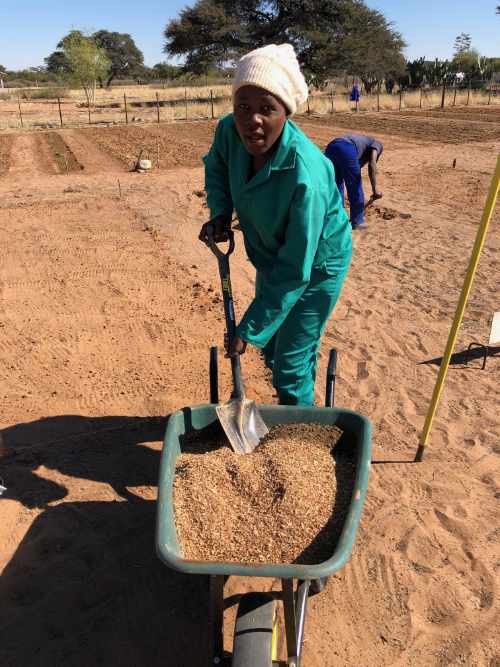 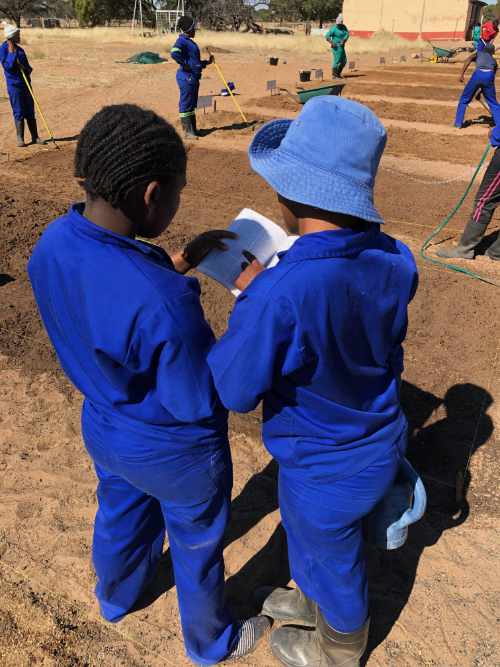 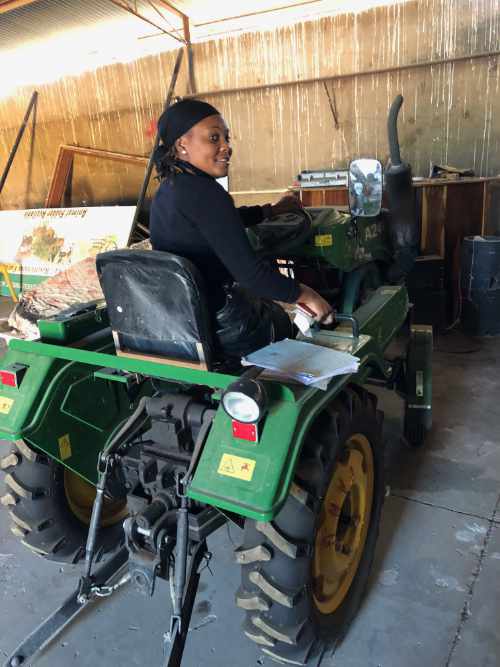 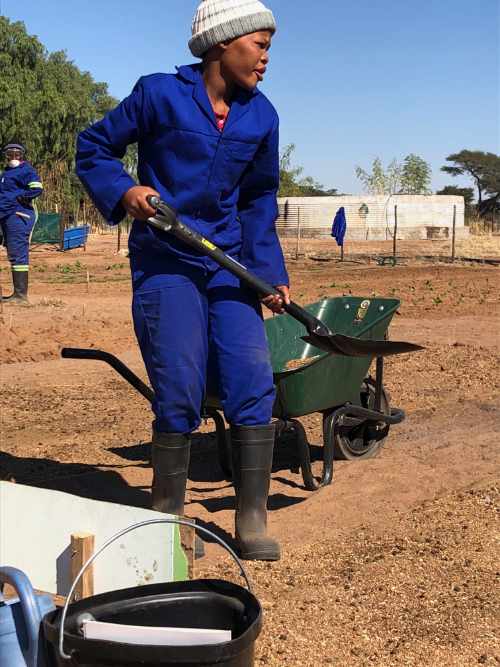 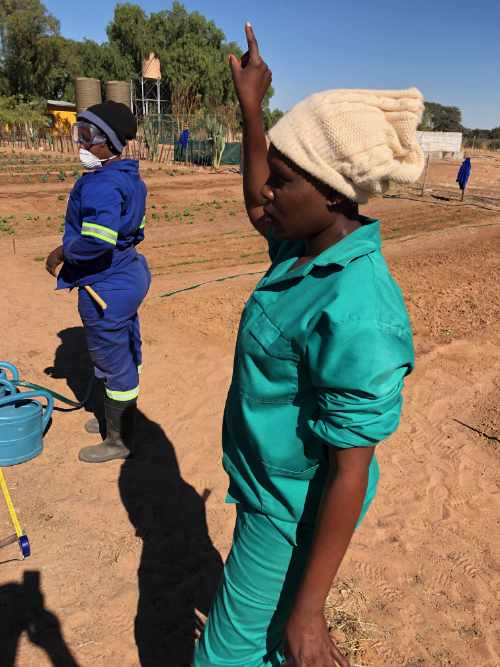 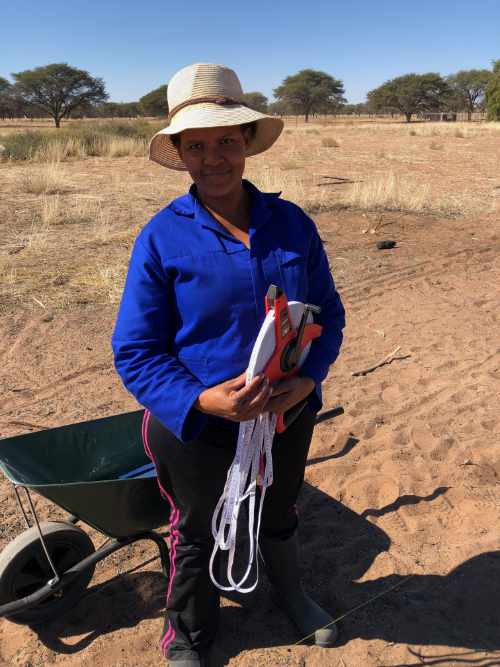 Directly from Africa to the world.

We always trade directly with our partners and avoid middlemen and speculators. 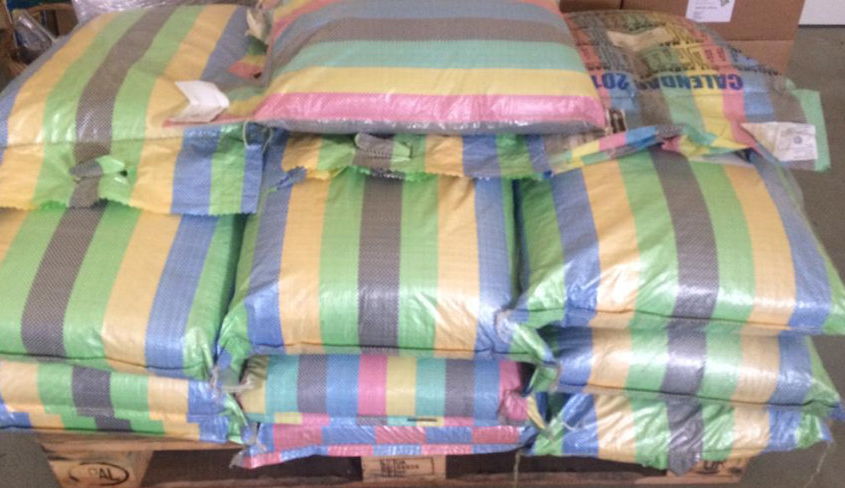 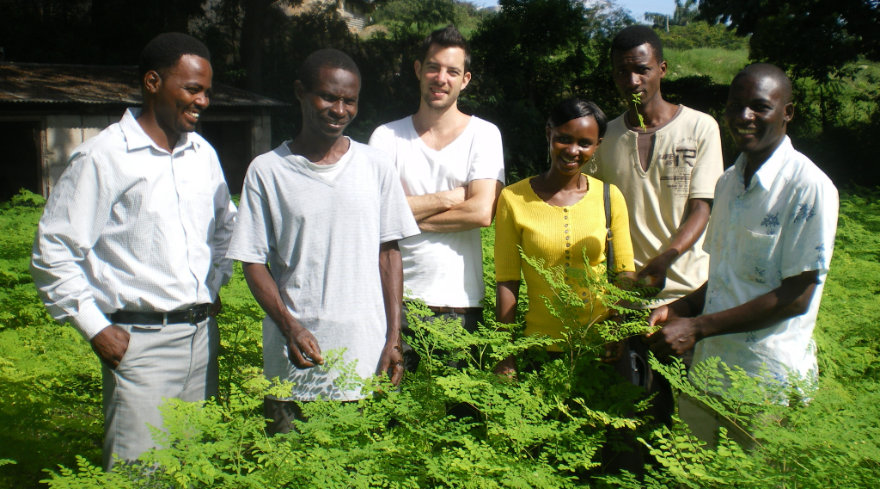 Our team possesses many years of experience in Africa, in particular the development sector, but also in the German industry.

We actively pursue the aim of making African partners independent of aid in order to work together in close and fair cooperation on eyelevel. The financial success of all our partners in the value chain is very important to us. In our understanding fairness is not only important in trade of the products, but throughout the entire value chain. This encompasses the producers, africrops! and the client!

We call it “fair cooperation on eyelevel!” 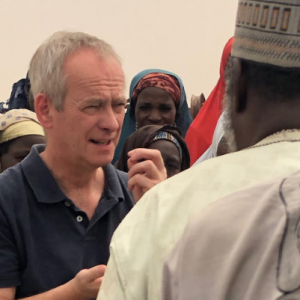 “Cooperation on eye-level” … is the motto of Dr Heinrich Heinrichs. With africrops! he combines his experience in the field of science with those of development cooperation in Africa.

Along with Meinholf Kuper, the plant physiologist and educator started africrops! GmbH in Berlin in 2013, having previously established africrops! in New York in 2012.
Dr Heinrichs’ interest is mainly tropical crops. Since 2011 he has engaged in the plant physiology and food technology aspects of Moringa oleifera. His special focus is on the quality and scientifically based statements on nutrition-related topics.
Heinrich spent many years with his wife and his son in South America and Africa. In South Africa and Ethiopia, he supported the training of science teachers and developed curricula in schools. In Namibia, Tanzania and Rwanda, he worked with the ministries of education to combat the AIDS problem. These included, amongst other things, strategies for School Feeding of directly and indirectly affected by HIV and AIDS children. As part of the German health program in Tanzania, he advised the Ministry of Education on matters of health, education and nutrition. 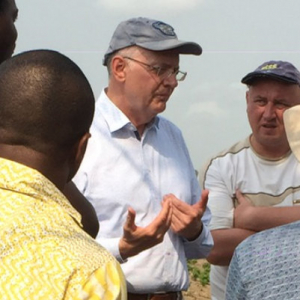 “Quality creates sustainability” is the motto of Dr Andreas Wesselmann. He combines worldwide Research and Management experience with engagement in Africa.

Andreas began collaborating with africrops in 2014, before joining as partner in 2016. He worked as researcher, marketing and senior manager in multi-national companies, specializing in Agriculture, Health, Environment and Pharma. Andreas had secondments to Asia Pacific, South America and France and has been engaged in West- and East African projects for over 20 years. He regularly teaches General Management, Entrepreneurship, Sustainable Development and organic farming at several Universities in Germany, as well as several African and Asian universities. Andreas is Honorary Professor at Gitwe University in Rwanda.
In the past he supervised and established several African companies. Additionally, he supports companies in the organic certification of their crops.
Andreas studied Horticulture and International Agriculture in Berlin, as well as Management Classes in Switzerland. 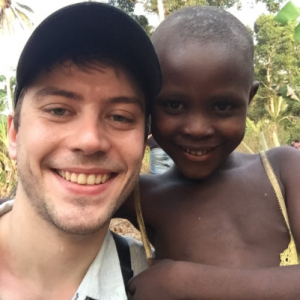 Vision: „Africa to become organic production site No. 1“. With africrops! he combines his two passions: Africa and entrepreneurship.

In 2012 he founded africrops! in New York – together with his wife Erika and his father, Dr. Heinrich Heinrichs. In 2016 he moved to Berlin to pursue an MBA degree. His final dissertation explored how “Sub-Saharan African value chains in the agricultural sector can be developed sustainably to effectively reach global markets”. A particular interest of his: Identifying competitive advantages of African markets in a changing global landscape.

Fabian Link looks back at many years of experience living in South America, Africa and North America. Among others he spent a large portion of his school time in South Africa, Namibia and Tanzania. 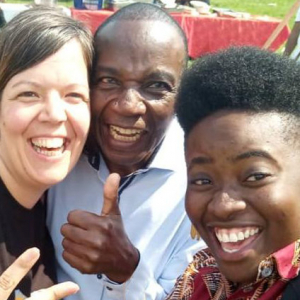 Dr. Gelase Rugaimukamu is an entrepreneur and consultant. As businessman he works in different areas and has international know how in agriculture, business development and new business acquisitions. The East African markets are his core competency and focus. He has set up own companies in computing and restaurant area and advises entrepreneurs in company creation.
Gelase studied International Agriculture at the Universities of Berlin and Leipzig and worked several years in Germany. He had scholarships from different international organizations.
He is cooperating with africrops! particularly on acquisitions of new projects, logistics and care about local customers and suppliers in Eastern Africa/Tanzania. 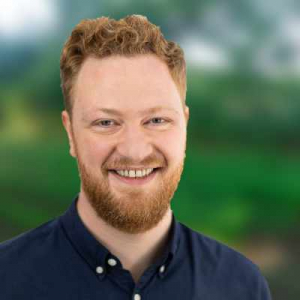 „Every purchasing decision is a political decision…” Nils Schwenzfeier brought this conviction to the africrops! team in 2019.

„… and individuals with low income require the economic freedom to decide freely”. Sustainability can only be achieved if not only the often-cited environmental component has been considered, but also the social and economic component. Nils Schwenzfeier brought this conviction to the africrops! team in 2019.

He previously worked in Europe and Asia as a business administrator in classic industrial branches, such as engineering and pharmaceutical production. As an engaged city gardener he has always held a keen interest in the regenerative capacities of ecological systems. He sees clear opportunities in the agricultural sector to combine commercial goals with the development of regenerative and biodiverse cultivational systems. In so far it was a natural step for him to work in the agricultural sector. The prerequisites to impact a change in both the way we eat and the manner in which we produce food are greatest on the African continent.

It is a particular interest of his to support young entrepreneurs on the African continent in strengthening the often-neglected economic pilar of sustainability. His focus is optimizing value chains and financial planning with the help of various cash flow and cash management tools. 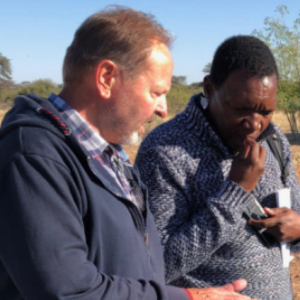 „Talking is good – doing is needed!“ Hartmut Bloemker is active for africrops! in Africa as a Management Consultant and Trainer for Vocational Training in Agriculture.

Hartmut Bloemker is a man of action: “I appreciate a good speech, a talent in talking. If someone can attract people with words. But from my view as an Agriculturist at the end of the day, if you sit at the table, things need to be done so you won’t find yourself in front of an empty plate.” He gained this knowledge during long years of practice in agriculture, in development service, as a Management Consultant and Trainer for Vocational Training in agriculture. His competency profile speaks for itself: 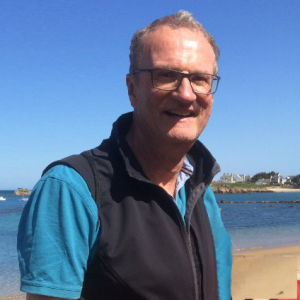 Thies Curschmann studied Tropical and Subtropical Agricultural Sciences at the GH Kassel. Already during his studies he made the decision to take on an active role in the promotion of organic agriculture. He first managed his own organic farm, but soon joined Rapunzel Naturkost, a leading producer in the natural foods sector, where he pioneered the development of the organic market as their sales director until 2020.

“Organic farming and sustainable agricultural development are active contributors to the protection of biodiversity and the environment. In my opinion the small-scale farming practices of Africa can play a decisive role in providing food security and sustainable household incomes”.

Led by this conviction and his profound expertise in the organic sector he found the perfect place at africrops! 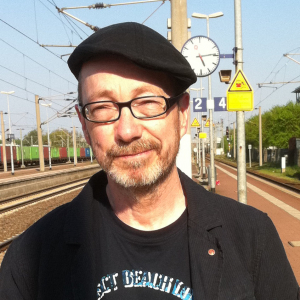 „Can marketing be sustainable?“ Yes, says Graduate Designer Peter Bautz. But only if sustainability is rooted deep within the fabric of the company….

It’s been a while since Peter Bautz gained his degree in Graphic Design at the HBK Braunschweig. The topic of sustainability did not really exist in those. days. One might have maybe discussed the “Report by the Club of Rome on the state of humanity”, but the “limits of growth” mentioned herein appeared a long time away. The world of advertisement was still wholesome, bright and colorful – the creatives at the big agencies where its stars.
Peter Bautz mostly worked in smaller agencies where there weren’t specialists for everything, but rather allrounders. He designed logos, created advertisements, brochures, billboards and acquired the skills to become an advertising copywriter. He found enjoyment in creating holistically – he became fascinated by form and content and how the two could enhance one another. He thought in terms of conception, corporate design, brand image and advertisement campaigns. Ultimately always with the goal of optimally selling a product or a service. The guiding principle: “It’s not creative unless it sells.” (David Ogilvy)
Today, in times of climate change, the limits of growth have long been reached, if not crossed. Can one still advertise in good conscience? Yes, if the product is sustainable and this sustainability with its three pillars – social, ecological and economical – is rooted deep within the fabric of the company. At africrops! this is the case. And this is why here advertisement works in service of sustainability: “It’s not sustainable unless it sells.”